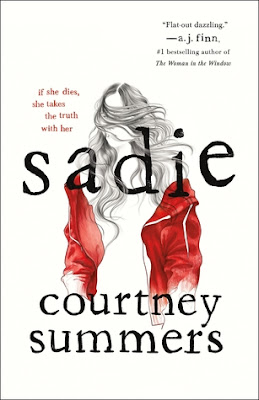 Sadie hasn't had an easy life. Growing up on her own, she's been raising her sister Mattie in an isolated small town, trying her best to provide a normal life and keep their heads above water.

But when Mattie is found dead, Sadie's entire world crumbles. After a somewhat botched police investigation, Sadie is determined to bring her sister's killer to justice and hits the road following a few meagre clues to find him.

When West McCray—a radio personality working on a segment about small, forgotten towns in America—overhears Sadie's story at a local gas station, he becomes obsessed with finding the missing girl. He starts his own podcast as he tracks Sadie's journey, trying to figure out what happened, hoping to find her before it's too late.


I love podcasts, especially true crime podcasts.  So when I saw Sadie come across my email, I was very interested.  And to top it off, it is by Courtney Summers, so how could it go wrong? Count me in!

Now, to be honest - it took me a minute to get used to the format of the book, which I wasn't expecting.  You get a chapter or so by the narrator, West McCray.  It's his podcast, and he is on the search for Sadie, who has been missing.  And then you get a chapter of the past, in Sadie's point of view.  At first, I really just wanted Sadie's point of view, but as I became more comfortable with the format, I couldn't get enough of both POV's. This surprised me that it took me a minute, because like I said, I love true crime podcasts.  It wasn't hard at all to imagine the background music, West's voice, or the whole mood of it all.

As for the characters, I loved them.  Sadie was a lot tougher than I thought she would be.  And she surprised me at quite a few turns. And her experiences from the moment she walked out her door until the end of the book were a rollercoaster of emotions.  Sadie herself, in my opinion, was a vibrant young girl who probably didn't get the credit she deserved in her regular day to day life.

As for West, he came across as intelligent and inquisitive, and I think he had the right instincts about Sadie.  His podcast is definitely one I would listen to in real life, so I guess that's all I can really say.  I would have been on a binge for his whole series until I got to the end, and then hungry for more.

Overall, I really loved the book.  The story took me in places I didn't expect to go, and it felt more filled out and full than I expected.  I wasn't sure how podcast would translate to a book, but it worked.  Courtney Summers must be a fan of podcasts, because she hit the nail right on the head.

So would I recommend Sadie?  Absolutely. 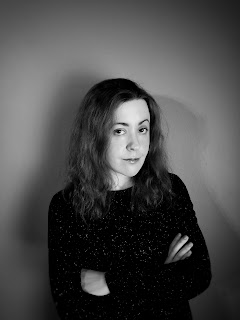 Buy It!
Sadie on AMAZON